Despite the controversy which hounded Blackberry services and RIM for quite some time, there is a continuous upward trend in the number of Blackberry users in India. And seeing it as an opportunity, Reliance Communications announced the availability of prepaid Blackberry services which is a first-of-its-kind in India. Prepaid plans for Blackberry start from Rs. 1,099 which goes upto Rs. 1,599 giving the user the benefits of free local SMS, voice and STD calls. Supported phones are: 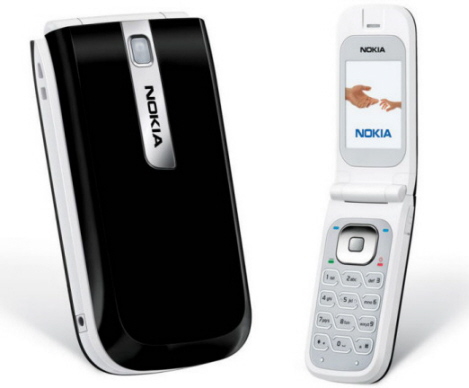 RCom a couple of days back added the Nokia 2505 to its range of handsets. This stylish clamshell comes with a sleek and elegant body and a 65,536 colors display with 128 x 160 pixels resolution. It is equipped with a Quick-press flashlight and FM radio. It also has a two-way handsfree speakerphone.

RCom is offering this bundled offer of connection + CDMA handset for Rs. 3099. Along with this, it is offering free talktime worth Rs 600. The sad part is, this talktime can only be used to make local calls from Reliance Mobile to Reliance Mobile and it is allotted to you in installments of Rs 50 per month for 12 months.

On the whole, this offering is not lucrative enough to tempt buyers to immediately go and grab it; on the contrary if you are looking to buy a Reliance connection then this offer can be given a thought.

Reliance Communications is extending its Jaadu Pack to Small and Medium Enterprise (SME) customers in Tamil Nadu. The new edition of the pack will be called as Business Jaadu 135. It will cost Rs. 135 and offer validity for a month. The benefits for the customer are unlimited Reliance calls within the state and other local calls will be charged at 49 paise/minute. RCom reckons a user can save up to 35% on their monthly bills.

The pack will be subsequently rolled out in other circles.

India’s telecom market has been increasing by leaps and bounds adding around 8 million customers every month. And because of this growth, TRAI started keeping a tab on the level of congestion at the Point of Interconnection (POI) between the service providers.

The result may not be surprising because the two largest operators in India face the congestion problem. Bharti Airtel from the GSM front leads the pack followed by CDMA giant, RCom. The most congested circles are Bihar, Maharashtra, Gujarat, Haryana, North East and Himachal Pradesh.

Note: POI signifies the ease with which a customer of one network is able to communicate with a customer of another network. This parameter also reflects as to how effective is the interconnection between two networks.

RCom has quitely launched its GSM services in the capital of India making them the first operator to offer both CDMA and GSM services. The service is not commercially available as of now, but it is reported that Reliance employees are the first ones to gain access to it and after successfully testing, it will be rolled to the public.

Reliance Communications on Monday became the fifth mobile operator in Asia to cross 50 mn mobile subscribers mark. The company announced that it added 1.74 mn new mobile subscribers during the month of June 2008 which is the highest ever monthly subscriber addition to its user base.

RCom’s closest rival Bharti Airtel added the highest number of subscribers among all GSM operators in June 2008 at 2.55 mn subscribers making it a total user base of 69.3 mn.