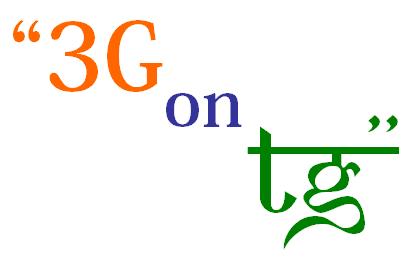 With the 3G spectrum allocation being talked about in every business newspaper and the dates being changed every fortnight, we give you this update on what’s going on.

Dates: We brought you the official dates for the auction some weeks back. Till then the 16th of January was the day when the process was planned to begin. However, with the Cabinet and the Telecom authorities not coming to common terms, this date was shifted to the 30th of Jan. Things got worse, when the dates were further delayed, as the Cabinet was to view the suggestions put forth by the Dot not before mid-Jan. Also, the auction would not take place till all the ministries, the Cabinet and the telecom authorities come to a consensus. At present, the process is set to begin in mid-February. This too, seems to be a very optimistic date.

Allocations: At first, the authorities had declared that there was room only for about 2-4 players in a circle, excluding the allocations to public operators. However, this changed in a short span of time and all of a sudden there was room for 7-8 players in about half of the circles. The basic idea behind this was to make the process more competitive and thus gain more from it (money?!).

Auction/Base Price: In the early stages, when the plans were being set for the whole process, TRAI had set a base price of 1,100 crore. This was doubled by the ministry, in its agreement, and the new base price stood at 2,020 crore. This was just the start, as the finance ministry negated the price and doubled it to 4,040 crore. In turn DoT started crying foul over the new price as they were fine with the original price. The new price now actually needs to seek an approval from TRAI, which again lengthens the process.

Conclusion: With new things unfolding every day in this process, we think that we still have a long way to go for the process to be implemented. The whole scenario also shows how disorganised we are, given the massive opportunity it opens our economy to. However, this may be a good sign for telcos who are coping with the downturn and would hopefully be able to manage better with the delayed dates.