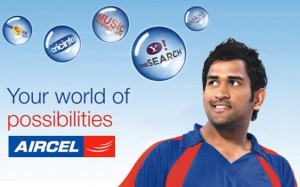 We brought you some cool plans Aircel has on offer for Mumbai users in our exclusive review of PostPaid Plans (Mumbai), and here is a follow up to that one with the add-on packs, which one can opt for along with the postpaid plans. The operator has managed to create a need for these packs by keeping SMS rates at Re.1 for all its plans.

Here are some of the packs you can choose from: END_OF_DOCUMENT_TOKEN_TO_BE_REPLACED

After playing it Kewl and Sleek, Virgin mobile now brings to you vGlide, the first slider from Virgin’s stable. Here’s some Gyaan about the phone:

Apart from this, you get the normal talktime, free minutes et al. Given below are the specifics: END_OF_DOCUMENT_TOKEN_TO_BE_REPLACED

If you happen to be an avid texter as well as use Tata Indicom then you’re in luck. They have announced Night SMS pack that enables the users to send SMSes at just 1 paise. However, there’s a monthly charge of Rs. 59 wherein a user can send messages at aforementioned cost between 9PM to 8AM.

The scheme is applicable only to the users in Maharashtra, Mumbai and Goa. Users can activate this service by sending an SMS to 12524 with the text NIGHTSMS or by calling on the same number.

With competition heating up and users having better alternatives to switch over to, Vodafone has launched some very effective plans. Here is one for those who have their fingers busy all the time:

We Say:The plan makes sense and will see many takers as it provides SMS at the lowest possible rates. Although this may not be equally good when compared to similar CDMA plans, it would give Vodafone users some reason to rejoice.

It’s been about a year since TRAI, the telecom regulator, has asked operators to reduce SMS charges. However, with the Telcos not doing much about it, the regulator is all set to take some action, if the operators turn a deaf ear this time around. Apart from this, TRAI is of the view that the Indian user is being exploited on the ‘calling’ front. Users have been complaining of calls getting cut due to network problems and thus having to pay for a whole minute even if the call lasted for 10 seconds.

The regulator is all set to put pressure on the Telcos, which eventually lead to SMS charges witnessing a decrease and operators taking necessary steps to strengthen their connectivity. If this is not possible we might see some operators reducing pulse rate, which currently stands at 60 seconds. This has been done by players like BPL, who had a one second pulse rate i.e. you are only charged for the number of seconds you spoke. On the whole, the future looks bright and cheap for the Indian users.

With companies shifting focus from mainstream media to cut costs, the next best alternative available to them is the mobile. Mobile marketing, through SMS and other mediums, is witnessing a healthy growth. This has led to mobile users being bombarded with a plethora of ads and other content.

In the process, the Indian user has become one of the most exposed user to mobile ads. Though it can be considered as an achievement on one hand by mobile marketing companies, who are making the best of it, it’s not the best time for the Indian mobile user. After all who wants to be bombarded with ads when you are least interested in them.

Going deeper, we see the rise of the free SMS and other similar platforms offered to brands, as one of the reasons for this outcome. Another contributor is the economic slowdown, which has caused brands to divert a part of their ad budget to cheaper alternatives. Looking forward, we see the exposure increasing with improvement in the content and the way it is delivered to the user. A good example of which is the Airtel SMS2.0 platform.

SMS birdies staying in the nest of MTNL Mumbai have something to rejoice. They have announced the reduction in National and International SMS rates. The new rates applicable to the user will Re. 1 for National and Rs. 2.50 for International. The national rate is not much of a dampener for other operators as they charge 50 paise in most of the their postpaid plans. But the spoiler comes in the form of International messaging rates. That’s 50 percent less than the private operators charge.