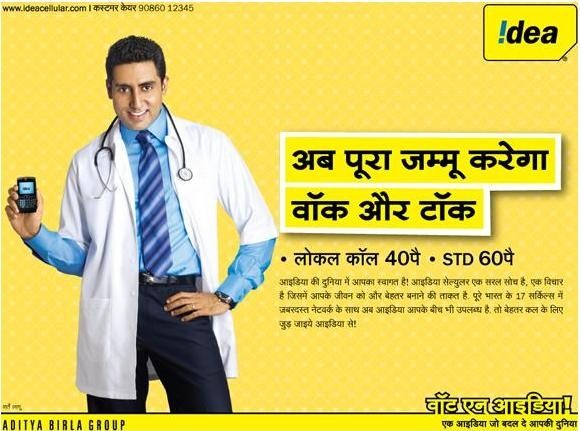 Earlier this year, IDEA Cellular had released its plans to launch its GSM service in 5 new circles which included West Bengal, Kolkata, North East, Assam and J&K. Well, a few days back we saw IDEA making a quite entry in Kolkata, now they have even successfully launched their services in the J&K circle.

The bad news is that, IDEA Cellular won’t be available in the whole of J&K circle. To initiate their operations, IDEA Cellular’s network will only be available in Jammu City, Bari Brahmana, Bishnah, Katra, Udhampur and Jammu-Katra Highway regions. Other major towns in J&K like Srinagar, Lakhanpur, Badgam, Anantnag, Mattan, Kulgam, Pulwama, Shopian, Ganderbal, Patan and Sumbal will be covered gradually.

END_OF_DOCUMENT_TOKEN_TO_BE_REPLACED

Coming Feb, telecom users from J&K and some other areas, particularly from the North Eastern belt, may have to switch to postpaid connections, as the telecom regulator along with the defence ministry is considering a ban on prepaid connections in there areas.

The decision would decide the fate some million users, who already use prepaid connections in these areas. According to sources, this count could go upto 8-9 million as the areas account for about 10 million mobile users. The ministry had set a deadline, which falls in the mid of next month and may likely be extended for a while till a collective decision isn’t taken from the authorities.

Tata Indicom’s is marching towards their goal of attaining a pan-India presence. After launching their services in Assam a month before, Tata Teleservices have announced their services for the residents of Jammu & Kashmir. TTSL will bring in a variety of services like prepaid/postpaid mobile phone services, fixed wireless telephony (Walky Talky) and a lot more.

The first pack to be introduced will be the Go Active pack priced at Rs. 199 that will allow subscribers to call local Tata to Tata at 50 paise whereas STD calls at Re. 1.

The company has already installed 100 cell sites and injected over 100 crores worth of investment for seamless data and voice quality in the circle.