Post acquisition of Spice, Idea Cellular was eyeing new addition of subscribers to the tune of 44 lakhs. However, the revised number of subscribers can be around 34 lakhs as Spice Communications lost around a million customers within the two months. This clean up activity which Spice says was conformed to the reporting standards adopted by Idea Cellular and was carried out to wipe out those customers who have not generated any revenues for the past six months. Such large number of inactive customers will surely make a company ail but analysts claim that with the backing and expertise of Idea, Spice will soon be a profitable venture within the next year. 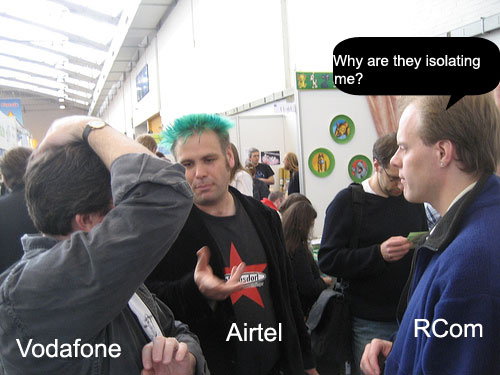 Birla group owned, Idea Cellular announced that they will be taking over Spice Communications by acquiring 40.8% stake at Rs. 77.30/share from the Spice Group. The power hungry Idea will also team up with Telekom Malaysia International to take 20% more stake by offering an open price of Rs. 77.30/share to existing shareholders.

Advantages to Idea after the takeover are that:
– They will gain a direct entry in regions of Punjab and Karnataka, which account for 11% of India’s total wireless subscribers.
– 44 lakh customers in their pocket.

The deal is expected to close by the end of this year.