Indian telcos always boast about their plans to penetrate into the villages and provide full network out there. They also consider these regions as the future of the Indian telecom market as the major chunk of users hail from these areas. But the real scenario seems a contrast to their claims. Read on to know what Mr. Mohan has gone through.

Hello sir, I am Mohan in Tamil Nadu, Erode district, Gobi Taluk, Getticheviyur. Pin no:638110. My mobile no:9#########. We have problems in NETWORK COVERAGE in my village other than airtel towers are there. I give complaints many more times by customer care. But still no steps are to be taken. The call is disconnected because network problems. One point only in my mobile. Here 75 customers. please put TOWER in our village. We agree that you take steps immediately. Kindly response our complaint.
Thank you.

We are not here to judge the grammatical errors this person may have done but the crux of the matter is that companies are not fulfilling their boasted claims. Operators need to step up and be proactive rather than playing the waiting game. After all, rural area customers are what every operator is eyeing on.

In one of the posts, TeleGyaan blogged about the BPL Gallery – Andheri(W). We gave it a fair rating on its service, but one of our readers did not agree to what we said in the post.

This reader is Mr. Nilesh, who wanted to get a prepaid connection from the same gallery. His experience wasn’t great because of the reasons he gave us:

This is a good example of Bad Service. We request readers to send us such queries and problems so that we can uncover such practices and have some say in the matter.
As for Nilesh, we would advice you to contact the Gallery and get the problem sorted. If you have already done that, and since it involves important papers, you could click here and get your complaint lodged.

It’s Saturday and we are proud to have another TeleGyaan reader to have his plan reviewed. This week it is Madhav S from Karnataka reviewing his Spice Postpaid 175 Plan. The basic reason to choose this plan was the low rental with free calls and SMS’s. As such the benefits that one gets are more than the rent paid for this plan.

The rental is Rs.200 per month, including Rs. 25 as CLIP charges. The benefits that you get are:

The calling rates are 50paise, 80 paise and Rs.1.5 to Spice, other networks and Fixed lines respectively. SMS charges are a bit of a problem with local SMS being charged at Re.1. But one can always use the add-on packs and get 1000 free SMS by paying Rs.99. Overall the Plan works out just fine for Madhav and with 300 minutes of free calling he does not have to be shocked by heavy bills. He gives it a rating of 4 on 5.

Karan Rawat is currently using the BPL Loop 299 Plan. With the plan working for him, he wanted to share his experience with the other readers. The basic reason for him choosing the Plan was the low calling and SMS rates. With Karan making calls to all networks, calls at 40 paise worked well. Also the 300 minutes of free calling and SMS to BPL numbers always came handy.

Karan thinks that the lowest calling rate in the circle (10 paise to BPL users) was one of the best deals one could get. Even the SMS costs are quite low. Moving on to the Customer Care and Gallery Services, this BPL user has no problems. He only voices some problems of bad network sometimes.

Overall, Karan is quite satisfied with the performance of the Plan and recommends it to people who are existing BPL users. He rates it 4 on 5. 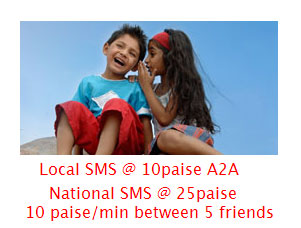 Tackling a service provider can be cumbersome if they are unwilling to listen. Same is the case with one of our readers Shreya from Pune. Read on.

Till late 2006 I was using Hutch (now Vodafone) as my cellular service provider. But due to pathetic service offered by them I decided to switch to Airtel. So by November 2006 I was using Airtel and completed all the formalities required to surrender the connection. I thought I did everything right and won’t have to see Hutch again. But to my dismay, from mid 2007 I started receiving bills and was asked to pay up my dues. I visited the Gallery to get my matter sorted out and the executive there said to ignore the bills. Following the executive’s advice I started ignoring them but these Vodafone guys won’t leave me alone. Now they are calling up on my landline number and asking the same thing again and again. This is really irritating and is taking on my nerves. What should I do?

END_OF_DOCUMENT_TOKEN_TO_BE_REPLACED 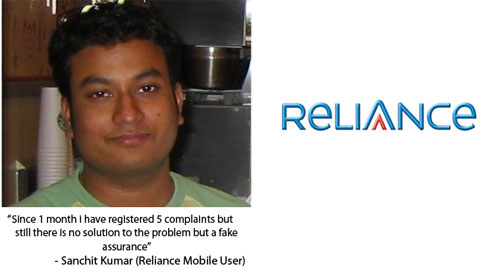 Each one of us may have some kind of problems in the services we are being provided. But sometimes things may not be in your hand. Such is the case of Sanchit Kumar who wants to share his problem with our readers. Here it is:

END_OF_DOCUMENT_TOKEN_TO_BE_REPLACED

We at Tele Gyaan believe in the saying that customer is the king. We have provided you’ll with different stuff each day and now we thought of bringing Customer Speak, wherein a reader is allowed to give his own suggestions and feedback about the service provider he uses.