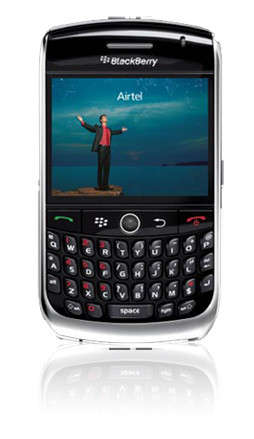 However, before you jump with joy, let me clarify it again – its “Unlimited email and instant messaging”. In other words, you don’t have unlimited internet browsing but only IM and push email service.

Users can configure up to 10 POP/IMAP email accounts including free services like Gmail, Yahoo, Hotmail etc.
There is no quota on BlackBerry Personal Mail. All emails are automatically deleted after 30 days (that’s from the Blackberry servers).
IM services include Yahoo!, Google Talk and Windows Live Messenger

We Say: Blackberry is all about push emails and I think if the user is looking for emails on the go, this is the thing to go for. 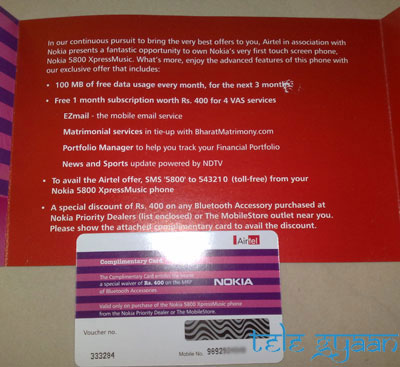 Airtel is playing the handy role of a marketer to sell Nokia’s 5800 XpressMusic phone. Today, I received a mail from them saying they had a ‘great’ offer for me. However, my expectation of some monetary waiver was short-lived because the greatness in the offer was not monetary but was emphasized on services. Purchasing the phone from any Nokia Priority Dealer or The MobileStore, a user will be eligible for:

The complimentary card to get a Rs. 400 discount on any Bluetooth accessory purchased along with the phone

We Say: Nice try Airtel but the offer ain’t that good to make me jump into the XpressMusic bandwagon. Offering some discount off the phone rather than the accessories might have made me interested.

Airtel continues to shower its love on subscribers in Delhi & NCR region. Today they have announced an SMS Dhamaka pack for the prepaid users that can help them to reduce their monthly SMS tariff. There are basically five options starting with just Rs. 13 and going up to Rs. 112.

All the packs carry a validity of 30 days and are applicable to lifetime as well as non-lifetime customers.

A quick note to inform all our readers that Airtel has posted a small note of caution on their website about an unsolicited fraud SMS. It asks the users to ignore the message as a reply to it could cost them up to Rs. 500. Ouch! Full text below:

Unsolicited fraudulent SMS’s are being sent to various subscribers informing them that they have won a prize and need to call an international number to collect their prize. When calls are made to the number in the text message the subscribers are billed a high amount (upto Rs 500 per minute).Subscribers are cautioned not to respond to such SMS’s.

It’s a good thing that Airtel is notifying its customers but looks like a half-hearted attempt from them. Sending an SMS to its subscribers would prevent gullible users from getting fooled.

PS: If you have received the message or have replied to the same, do let us know in the comments.

END_OF_DOCUMENT_TOKEN_TO_BE_REPLACED

Airtel has announced that its service mChek has successfully crossed the one million users benchmark. For those of you who are not aware of the service, mChek is a service which makes payments easy through SMS. Be it any kind of transaction – paying bills, buying tickets, etc. your bill is settled through an SMS.

On this successful achievement, Airtel has added some additional aspects to its application, thus helping users to do more. These include:

If there is one thing that can gauge the performance of the operators’ service in the Telecom industry, it’s TRAI’s service survey. This survey is undertaken to understand operator performance on parameters like pre-sales and sales, network availability, value-added service (VAS), customer care and billing . The final score is a percentage with 90% being the cut-off set by the governing body. Here are how the results looked like: END_OF_DOCUMENT_TOKEN_TO_BE_REPLACED

A not so earth shattering news comes from the Airtel front about the introduction of its lifetime prepaid card at a lower price point. Now the card goes for just Rs. 99 which will also carry a talktime of Rs. 10. However, as with other lifetime prepaid cards this one also has a string attached to it. A user needs to refill his account with a minimum of Rs. 200 every 6 months. The new price is effective from today. 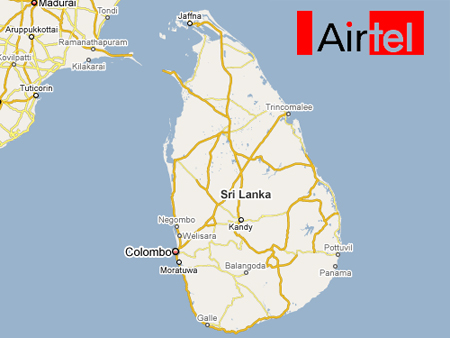 Airtel has finally launched its impending GSM services in the Sri Lankan island. The service will be offered by Airtel’s subsidiary, Bharti Airtel Lanka Pvt Ltd while the network will be managed by Huawei and IBM as a partner to manage the infrastructure.

Airtel is making its presence felt in the region. To promote the service, they are offering free SIM cards to any users from Jan 12 till Jan 25. However, the user needs to activate the card by recharging it with a Rs. 100 coupon.